Bitfiner received an enormous challenge to completely redesign the entire self-service platform for one of Estonia’s biggest hosting companies. Over 500 views were designed. 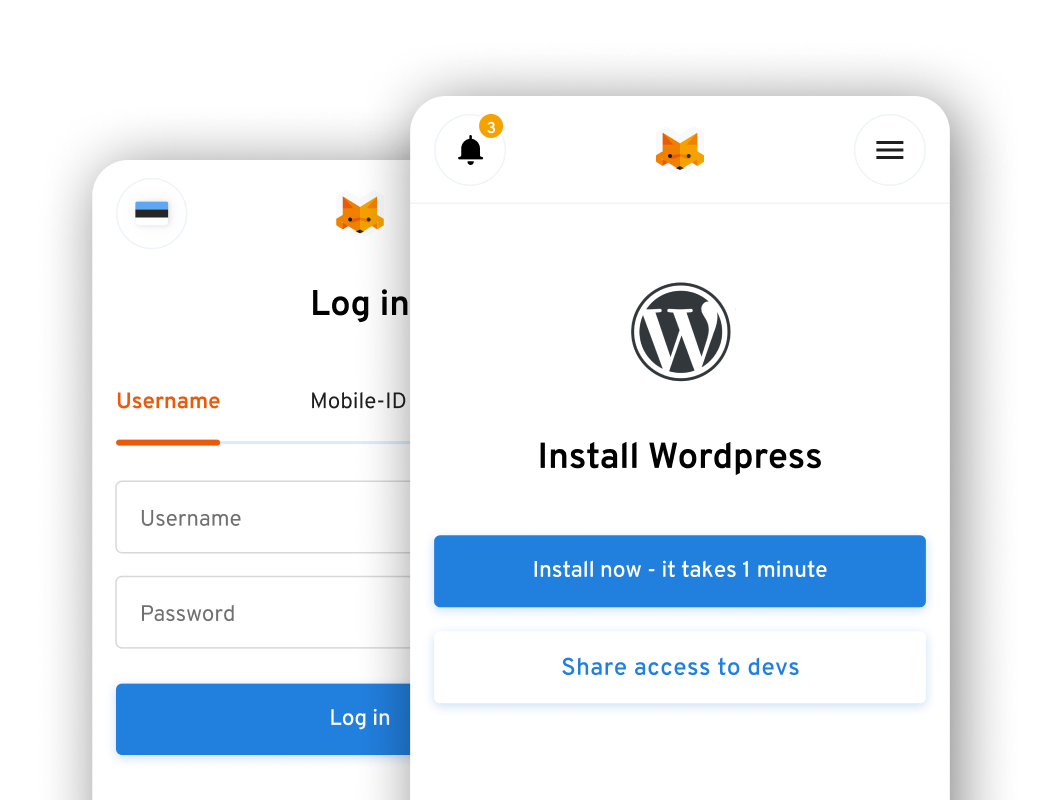 Veebimajutus.ee (Elkdata) has one of the largest European domain selections in Estonia, servicing more than 30,000 domains daily. They have been operating to delight their customers for 20 years and now have more than 25,000 Estonian companies using the services so far.

Some time ago, Veebimajutus reached out and asked if we can help them redesign their 10-year-old self-service platform that worked well, but maybe not so well as expected. What can we say other than - yes. The task seemed easy at first, and that understanding was, of course, flipped aside once we discovered how many views and details there are. Our one and single goal were to make the new platform as easy as possible. It needed to be grandma-proof so that non-tech people could just use it. And it needed to look nice and work on mobile too. Challenge accepted!

As usual, we started our research, dug in data, talked with different people, and made our conclusions and hypotheses. That led us to the UX design process, which was intense as of many iterations and continuous user testing. The UX process deserves a project of its own, and maybe we will cover this stage a bit later. If you know how to fit an extensive story in 10 sentences, let us know, please! In short, we designed several prototypes and hundreds of screens that we validated via user testing.

Countless UX iterations, numerous UI iterations - oh my, at times we thought we were put to the test, and working on a large scale project with over 500 screens is not an easy task. Thankfully the project team was so impressive that the time just flew, and we achieved milestone after milestone. We were also lucky to have the chance to push ourselves and again fortunate to have been pushed by Veebimajutus. The first designs were ugly as hell, but thanks to the trust and belief from Veebimajutus, we ended up with a pretty neat UI style that speaks the language of the target audience. We know because we tested it on real people many times.

What is also so cool is that all the people involved made the process so amazingly refreshing. All the meetings inside and outside the office were always memorable and enjoyable times. They never felt like a meeting or something official. Also, the cool beverages at the cool bars, restaurants, and nightclubs were pretty enjoyable at the time :D You got to have some fun too on the go - all together, and that was exactly what we did and are still doing.