Rickman, who has been officially titled to be the best JURA branch globally (3 times), gave us a hefty challenge. 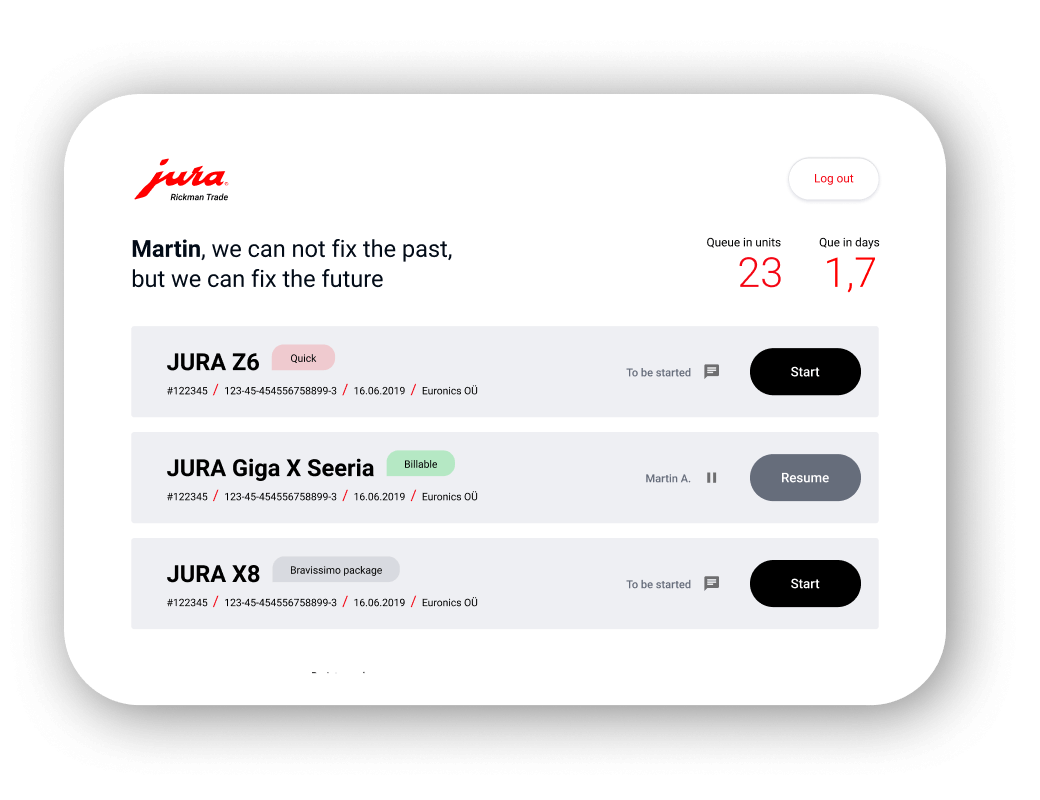 Rickman, who has been officially titled to be the best JURA branch globally (3 times), gave us a hefty challenge. To make the JURA's service and maintenance team workflow times more optimal and efficient.

It all started with JURA / Rickman Trade’s hand-drawn mock-ups on A4 paper that indicated how the service process could be digitalized and automized. We were amazed by their clear vision and saw how significant the workflow improvement could be. As our DNA is digital, we took the challenge without any hesitations and dived into the project.

After weeks of research and interviewing technicians, managers, and client support, it became clear why and what is needed.

We needed to adapt the Swiss brand's fundamental values meaning JURA’s core principles in the UX and UI process. It has to be extremely easy to operate and look clean yet stunning. With several iterations, user testing sessions, and trial and error, that is exactly where we ended up.

After having validated the UX/UI, we also enjoyed working on the development side. Together with BCS Itera, we brought the visuals to life. Us on the front-end / API’s side and BCS Itera on the back-end / API side. It played out well, and today we are happy to say that JURA’s coffee machines are being serviced using the app we designed and built. Of course, it’s not just us. Hats off to team JURA / Rickman and BCS Itera - as usual, it was a team effort.

JURA’s brand new iPad app is in action as we speak, and the first results are simply astonishing. Faster workflow, no human errors, more profitable services!

It all started with JURA / Rickman Trade’s hand-drawn mock-ups on A4 paper that indicated how the service process could be digitalized and automized.