Thousands of miles and an 8-hour time difference do not stop us. Quite the opposite. XBQ, residing in the United States of America, gave us a challenge. 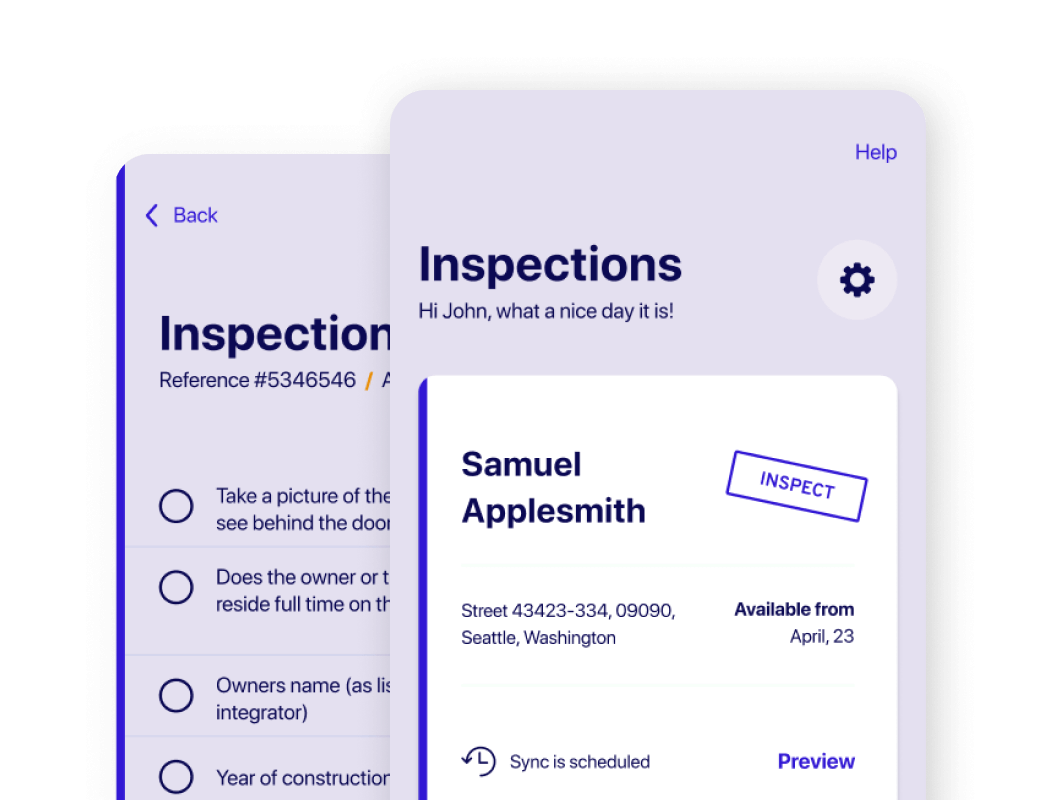 XBQ is an insurance company headquartered in The United States of America, insuring notable buildings across 21 states. The facilities they insure are very sophisticated, meaning equipped with computers, environmental controls, and all sorts of high-tech technology.

Our mission was to help the inspectors and the inspection company save a lot of time and resources (big bucks). It was a battle of pen and paper vs. digital madness. Challenge accepted!

It was not an easy task, as we had to design the mobile app from scratch, and on top of that, we needed to design an admin intranet so all the inspections that are performed via the app could be efficiently managed. It's a two-way street.

Long story short, the project now has hundreds and hundreds of UX/UI screens, and the timeline has exceeded one year. Due to the NDA, we can only share some of this massive project, but we hope you get the idea. iOS, Android, web app - you name it.

The process of working side by side with XBQ has been more than enjoyable. And most importantly - all the effort seems to be paying off. The software is now LIVE and is being used by the first test groups and employees.

So far, so good! As we also did user testing on the go, it was not a super big surprise that people enjoyed the product. Cocky? No! It just makes us super happy!